The project is located at the edge between two fundamentally different sites: Mirabilis Park to the South-East and Mirabilis town center to the North West.
In the South-East, the urban approach is quite different. We create a built front that asserts itself against the landscape below.
With a volume of R+4, the project is in line with the built front of the hillside overlooking the park. The dwellings opening onto the landscape to the South and East have balconies and cellars whose rounded and refined forms soften the perception of the project from the landscaped walkway below the parcel. In the heart of the block and on the street side, the building is pierced by loggias.
The project thus offers two scales of reading, one from the park, and the other from the city center. This is what makes it special and rich. 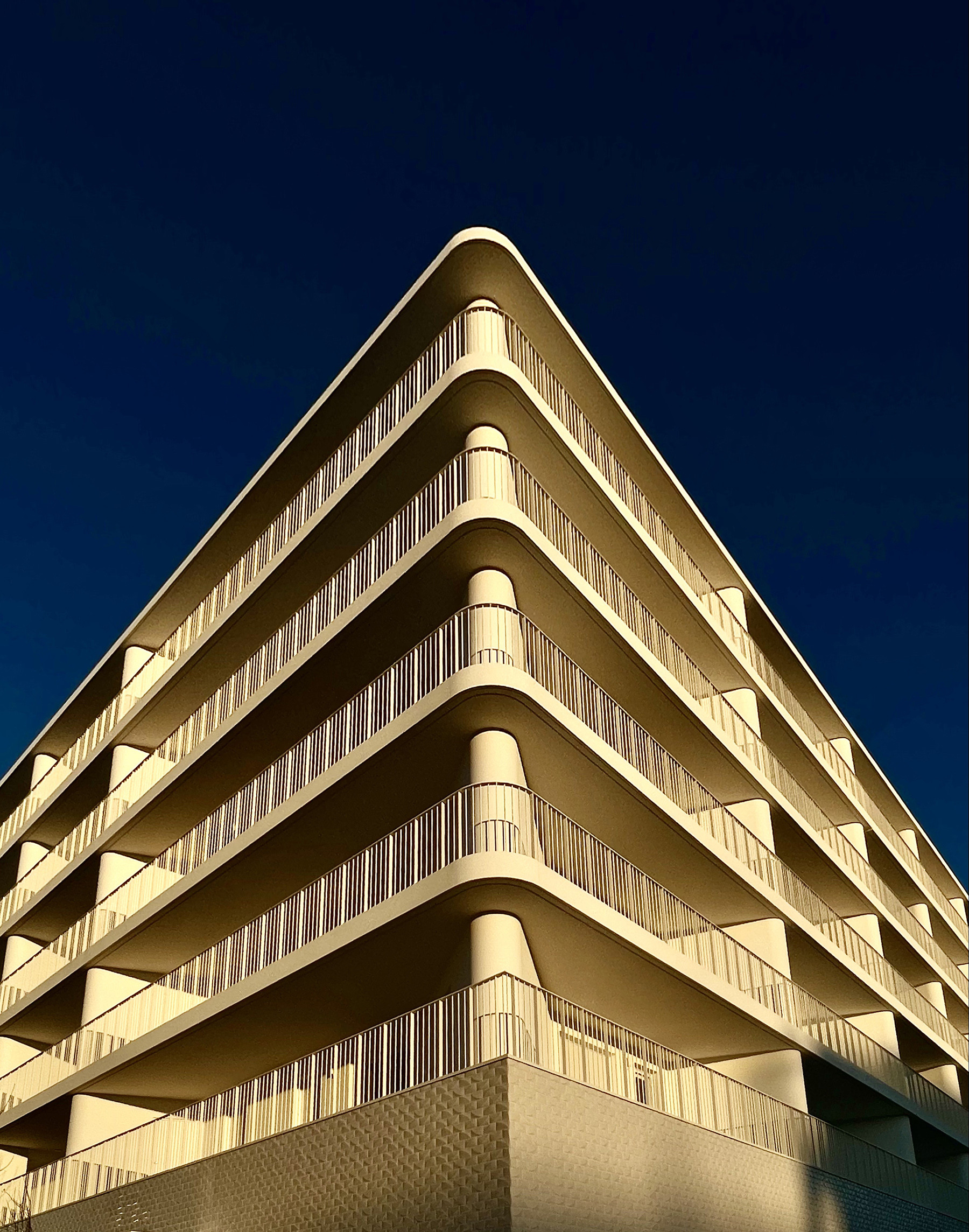 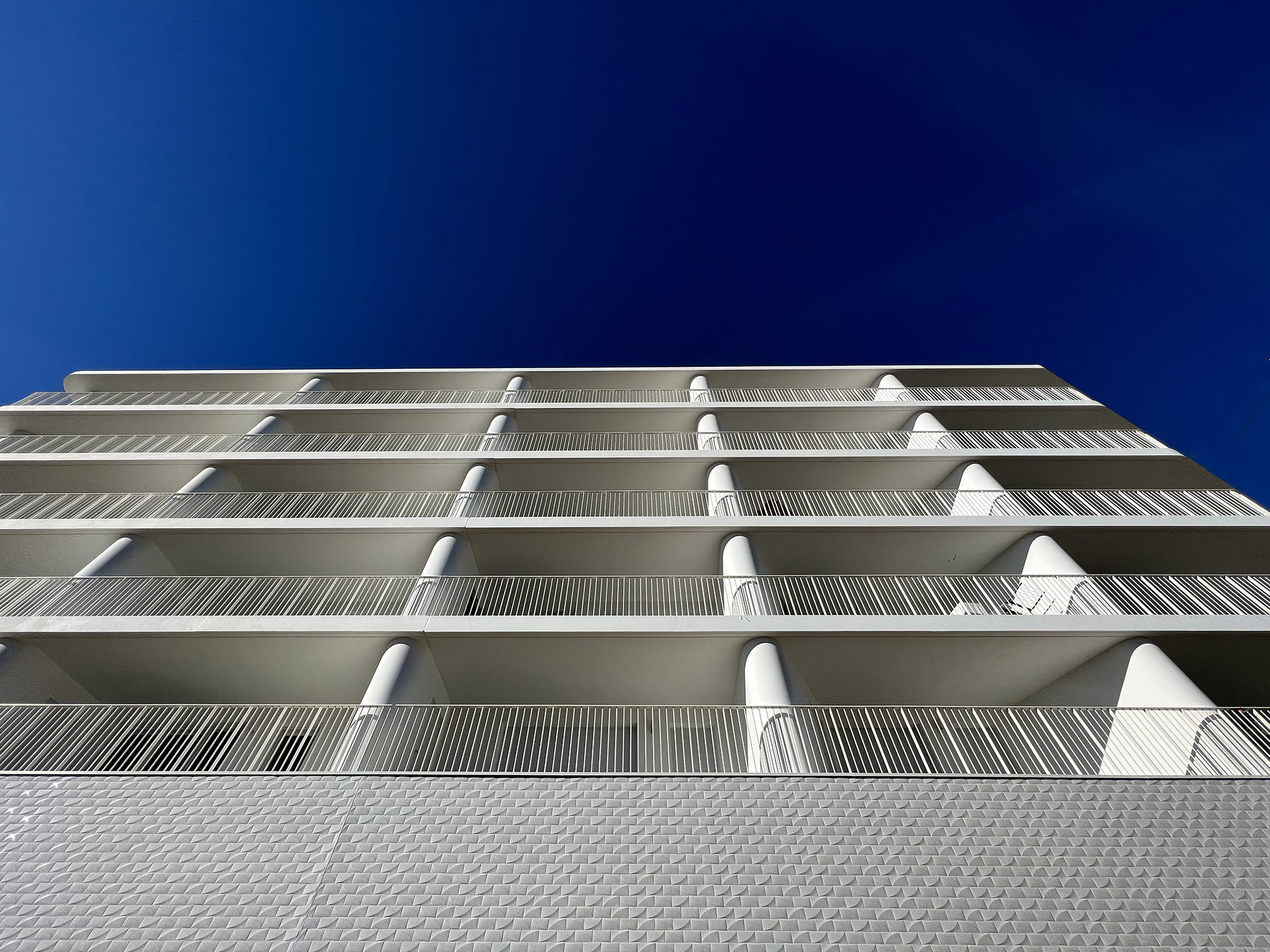